The Lives and Afterlives of the Cold War’s Deadly Weapons

If the Cold War vanished into thin air with the revolutions in Eastern Europe in 1989, then the weapons produced in this region to support and sustain it emphatically did not. The consequences of these arms’ continued existence shape conflicts to this day.

Most conspicuously, weapons developed to fight the Cold War are being resuscitated to fight the war in Ukraine. Both sides are using Eastern-bloc produced T-72, and even older T-55 tanks in combat, alongside state-of-the-art newer models. Moreover, both the Czech Republic and Poland have reanimated their stores of these armored vehicles, sending hundreds to Ukrainian forces to support their war effort. Precisely because such weapons can and do outlast the political agreements that brought them into being–here the Warsaw Pact–generations of Eastern European soldiers are still trained in their use, and still have such tanks in common, decades after the dissolution of the Moscow-dominated military alliance.

Less conspicuously, beyond Eastern Europe, Conflict Armament Research (CAR) has gathered evidence of Czechoslovak vz. 58 assault rifles involved in recent conflict in Iraq, Niger, and South Sudan. Many of these had been manufactured over 50 years back. Several were damaged or missing entire sections. Weighing around 3 kilos unloaded, these barely functional arms were still deemed valuable enough to be hauled from one site of conflict to another.

If Eastern Bloc arms makers have somewhat ahistorically been criticized for lacking forethought when they flooded the world with weapons during the Cold War (Chivers, 2011), then I will show here how, on the contrary, parties involved in the production and trade of weapons in socialist Czechoslovakia did think about questions of a weapon’s durability and, on the flipside, demise. But these same cases show that attempts to count on a weapon’s ultimate obsolescence have rarely ever worked according to any plan. Why, then, might one seek to attribute lifespans to military hardware in the first place?

The Life Expectancies of Socialist Weapons

In the 1970s, Czechoslovakia sold a batch of Semtex, an explosive, to Libya. After a decade of dormancy, it started to appear in bombs in Northern Ireland and on the British mainland. Most shockingly of all for Communist ministers in Prague, it was apparently responsible for the downing of a transatlantic flight over Lockerbie, Scotland, killing all 259 people on board and 11 residents of the Scottish town. As one of their last decisions before being pushed out of power, Czechoslovakia’s Communist government agreed to sign a treaty mandating the marking of plastic explosives for detection. Following the Velvet Revolution in 1989 moreover, the firm that made Semtex, Explosia, declared that it would reduce the shelf-life of Semtex from ten to five years. No longer would the explosive have the durability to be used for purposes, or in conflicts, for which it was not designed.

The drive to diminish Semtex’s lifespan might appear, at first glance, an inevitable by-product of what became the Czech Republic’s post-1989 “transformation” into a capitalist economy. Planned obsolescence (a policy of producing goods which rapidly require replacing) has often been understood as a capitalist ruse to “hook” consumers on the purchase of ever-newer models of the same product. Its detractors complain that the business practice produces waste and fuels insatiable consumerism. Certainly, by proclaiming that the end of a product’s life can be designed into the product itself, the notion of planned obsolescence displays some hubris—at least on the part of the designer who coined it, Brooks Stevens. In fact, “the scandal of the obsolete is precisely that it does not vanish” (Tischleder & Wasserman, 2015, 2).

The disconnect between a weapon’s supposed shelf-life and its actual capacity for use was well understood by those involved in selling arms in socialist Czechoslovakia. In an interview at the headquarters of former state arms export monopoly, Omnipol, one employee explained that warranties, during the socialist period and up until today, were “offered for two years, for five years, with building-related things for a maximum of ten years.” This salesman was proud, however, that the machines he had sold, in some cases, “have worked for 50 years, and they still work today.” What these machines had worked to do was not specified. 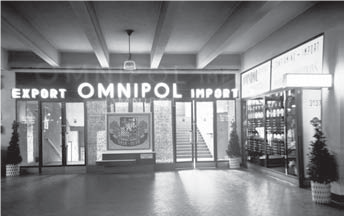 Figure 1: The former Omnipol headquarters in Prague. Before its privatization in the 1990s, Omnipol was overseen by the Czechoslovak Ministry of Foreign Trade. Its appearance of autonomy nevertheless allowed states beyond the Warsaw Pact, like Libya when buying Semtex, to avoid dealing with the Czechoslovak government directly (photo from Burian & Matula, 2009, 4).

Obsolescence is a term from the business world of contracts, sales and warranties navigated by this Omnipol old-timer, which applies “fundamentally economic thinking to the [material] environment” (Abramson, 2016, 6). Certainly, those signing contracts on behalf of socialist Czechoslovakia traded in such terms—socialism was not, after all, anti-economics, and obsolescence should therefore not be understood as a concept unique to capitalism. But this Omnipol salesman still allowed for the possibility of different time- or life-spans cohering in the same object.

Such chronocentric thinking did not shape everyone’s approach to Czechoslovak weapons during the socialist period. Two hundred kilometers to the southeast, designers at the now-shuttered Zbrojovka plant in Brno did not reflect back on the guns they developed in terms of obsolescence after a fixed amount of time. They recalled how, through the processes they undertook to test weapons, a certain number of uses could be counted on or “planned.” In one example, designers had to fire a rifle 10,000 times over the course of just a few days to guarantee its functionality. What would happen to the weapon after the number of uses foreseen in tests, on the contrary, could not be planned for, nor guaranteed.

The disconnect between the use- and time-guarantees offered by designers and salespeople stresses the different approaches inbuilt into something as coordinated as a centrally-planned socialist weapons industry. As one of the world’s top ten arms exporters annually throughout the 1970s and 1980s, Czechoslovakia was well integrated into the global market for weapons which, as US analysts noted, was shifting at this very moment away from “gifts of predominantly surplus, over-age, and technologically inferior equipment to sales of largely high technology, first-line weapons” (World Military Expenditures and Arms Transfers, 1979, 17). In this marketplace--at least partially concerned with updates and innovation--weapons tests understandably did not, in fact, span the two or five years covered in a product’s warranty.

The Afterlives of Socialist Weapons

Cold War weapons continued to play roles in conflicts long after their designers could reliably count on them to do so. Some were sold overseas at the time of the Cold War through intergovernmental agreement, or in deals brokered by Omnipol or third parties. Others entered the global arms market at the very moment that producers like Explosia began to reappraise their production practices, at the hands of enterprising newcomers to the arms trade in the 1990s.

The majority of the Czechoslovak arms that CAR documented in Iraq, Niger and South Sudan made their way overseas following the end of the Cold War. Analyst Yudit Kiss notes the upheaval that the revolutions in Central and Eastern Europe wrought on the global arms trade, as “new production had to compete” with the sheer mass of second-hand equipment which suddenly came onto export markets (Kiss, 2014, 24). As newly-elected governments in the region revoked the arms-dealing monopolies of the socialist era, weapons long-mothballed in Eastern European army stores were reappraised as commodities ideal for selling.

A weapon’s durability is not solely a question of the raw materials of which it is composed. As commentators—with not a little schadenfreude—have pointed out in reference to Russia’s invasion of Ukraine, maintenance (in this case, of military vehicles) is crucial should one wish to rely upon ageing weapons (see Lendon, 2022). The environment in which arms are stored also contributes to their longevity, as Prague Communist ministers acknowledged when they debated whether Egypt should be refunded or, on account of its storage practices, blamed for the malfunction of weapons sold as part of the two states’ historic arms deal in 1955. That storage conditions affect the durability of explosives—and consequently the people living in their proximity—was most dramatically exemplified in Beirut in 2020, when a warehouse full of ammonium nitrate combusted, killing more than 200 and leaving hundreds of thousands more homeless.

Why Attribute Lifespans to Matter?

Today, the spokesperson for Explosia, Martin Vencl, fields more questions about the conditions in which Semtex is produced and stored in the Czech town of Pardubice than its nefarious deployment in attacks in the United Kingdom and beyond. He qualifies his firm’s earlier claim that the lifespan of its flagship product had ever been slashed, explaining that “even current Semtexes can last for several decades, but the question now is rather how long we guarantee them for.” Politely, he declined requests to elucidate decisions taken regarding Semtex’s planned obsolescence as an “internal matter.” Vencl’s cautiousness on this point makes his firm’s previous pronouncements about planned obsolescence in the 1990s all the more remarkable.

Vencl attributed Semtex’s former ill repute to the supposed disorder of the Communist era. But despite his assertion that guarantees now were more “orderly” than they had been during socialism, interviews with those who sold Semtex back then indicate a fundamental continuity in business practice: evaluating, then as now, materials in terms of their life under warranty.

Proclamations of Semtex’s shortened lifespan seem, then, to have come from those not directly invested in the marketing and sale of the product. The fleeting bid to champion weapons which quickly decommissioned themselves was instead inflected by broader attitudes held by producers, politicians and members of the public when the long-term future suddenly appeared less predictable given the shifts which Czechoslovak society had just undergone.

The Semtex case reveals how some arms producers and traders might have reappraised the nature of conflict, and time itself, for a short while after 1989, the alleged “end of history.” Those involved articulated a moral case for researching planned obsolescence, an aspect of the concept that has largely gone unnoticed to date in its (anti-)capitalist critiques. Such calls have certainly grown quieter as the post-revolutionary period has come to be shaped by the “obsolete” weaponry from an earlier age which did not simply go up in smoke.

Imposing temporality upon matter constitutes an exercise in alliance-building among different groups of people invested in that matter. Producers’ intentions and buyers’ and sellers’ trust of one another are often wrapped up in temporal guarantees that, as time goes on, tend to become estranged from the experience of weapons’ users. Obsolescence can, moreover, constitute a release from responsibility for a weapon’s producer and salesperson. But obsolescence is itself reversible, as socialist Czechoslovak politicians found out to their chagrin with every new bomb made from “defunct” Semtex. Prague officials today use this ambiguity to further their own agenda with every shipment of formerly redundant tanks to the battlefront in Ukraine.

Dr. Rosamund Johnston is a REWIRE postdoctoral fellow at RECET. She is currently researching the global history of Czechoslovakia between 1954 and 1994 through its arms trade. For more details, see https://rewire.univie.ac.at/fellows/johnston-rosamund/.

Tags: Technology, War in Ukraine
Back
Dr. Rosamund Johnston
"Comrades in Arms: A Global History of Czechoslovakia's Weapons Industry, 1954-1994".
Do you like cookies? 🍪 We use cookies to ensure you get the best experience on our website. Learn more